Between sea, sky and Santorini’s beauty

The village of Imerovigli

Imerovigli, a charming neighbourhood on the highest point of the Santorinian caldera, is a location that enchants all senses. Panoramic sea-views that evoke awe and deep relaxation, breath-taking sunsets enjoyed on sun-kissed terraces, pristine cave-houses immersed in pristine beauty make the scenery truly irresistible. To make it even more unique, the rock of Skaros, home of one of Santorini’s medieval Kastelia dominates the landscape, an imposing rock overlooking the sea and offering an invaluable vantage point to the Aegean. Conveniently close to both Fira, the capital of Santorini, but also Oia, Imerovigli combines evocative tranquillity with a vibrant lifestyle that has come to be a synonym of good living, and that makes it the perfect destination for the perfect summer holidays!

The rich history of Santorini dates back to antiquity, and archaeological findings of immense importance attest to that. Perhaps the most prominent such evidence, Akrotiri, the ruins of a highly advanced civilization that perished under the volcanic lava, rightfully earns the title of the Mediterranean Pompeii. More remnants of archaic Santorini, Ancient Thera on top of Mesa Vouno is worth a visit not just for its significance but also to enjoy the same breath-taking views the first inhabitants of Santorini enjoyed many centuries ago. Admire findings from Akrotiri, Ancient Thera and other locations of Santorini in the Museum of Prehistoric Thera at Fira, and the Archaeological Museum of Santorini.

As for the famous “kastelia” of Santorini, the medieval castle-like fortifications that sheltered the locals from pirate attacks, they are truly must-visits. Of the initial five, the ones at Pyrgos and Emporio are the best preserved, evocative remnants of medieval Santorini. Of the kastelia of Oia and Akrotiri only parts of the main watchtower - the “Goulas" - still stand, and as for Skaros at Imerovigli, nothing is left but the history and a few worn paths leading to the top of the rock with the awe-inspiring views. A glorious past that lives on forever.

Santorini's villages are all extraordinary and beautiful; all following the quintessential architecture of Santorini with the pristine, arched cave-houses carved in the rock and the impressive mansions, yet each with the distinct character that makes them truly unique. With the capital Fira as your starting point, the first village you will come across when exploring the island is Firostefani, the "crown of Fira" as is the literal meaning of the name. Further to the north, the magnificent Oia are the top highlights of Santorini for their beauty and traditional charm, but also the superb views to the sunset. Inland, Pyrgos, Exo Gonia and Vothonas maintain an authentic rural charm, whereas Megalochori is the perfect spot for calm moments of genuine island living. On the island’s south, the villages of Akrotiri and Emporio are must-visits for their cultural vibe and historical significance, whereas, for more casual beachside moments, Perissa, Perivolos and Kamari are the villages to look for.

Santorini’s art and culture scene are vibrant and intriguing, showcasing the rich heritage of the island and Cyclades. To explore Santorini's folklore and lifestyle, La Ponta in the village of Megalochori hosts an exhibition of traditional musical instruments and particularly the local “tsambouna”. Worth visiting is also Argyros Mansion, the only fully restored and open to the public mansion of Santorini, where you can admire the authentic way of living in a distant era. As for traditional entertainment, the local “panigiria”, religious festivals that attract locals and visitors alike. If you want a peek into genuine island living and the cultural side of Santorini, our concierge will walk you through the must-see spots!
Santorini Gastronomy
Santorini’s volcanic soil may be harsh and untamed, but the produce its yields is exceptional! Unique tastes found nowhere else, such as the famous Santorinian fava, the fiery cherry tomatoes and the delicate white eggplants are at the basis of Santorinian gastronomy, which revolves around pure, bold tastes with a refined character. Sample the staples of Santorinian cuisine such as fava, cherry tomato-fritters, the local "chloro” cheese and delicious traditional recipes with Vinsanto, for an authentic look into the island’s way of life through the tastes and flavours that have left their mark in local gastronomy. Don’t miss the opportunity to try the modern take of these exquisite recipes at AKRA SUITES Restaurant for a mouth-watering Santorinian experience!
Make a reservation 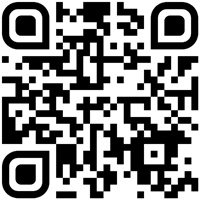